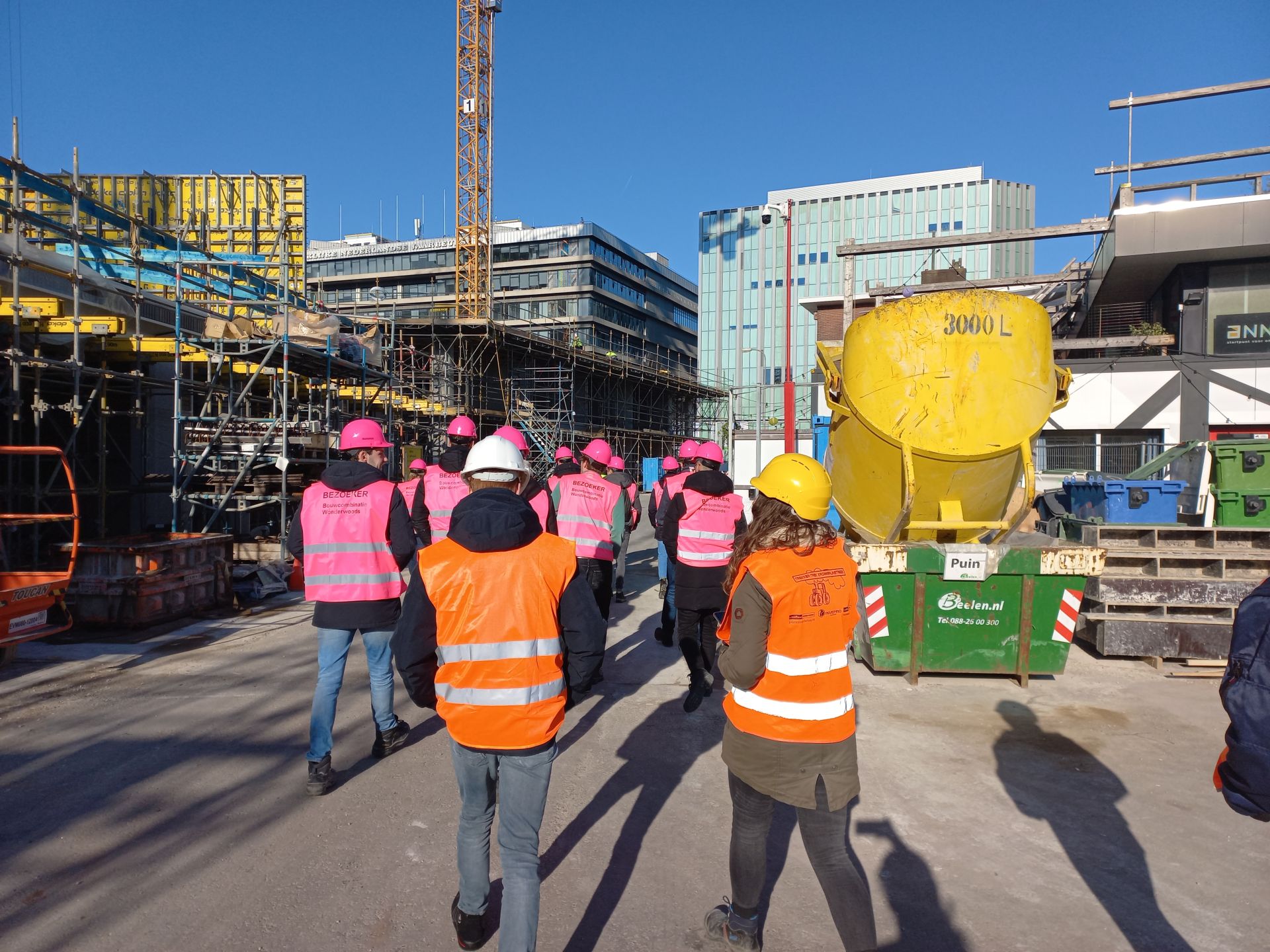 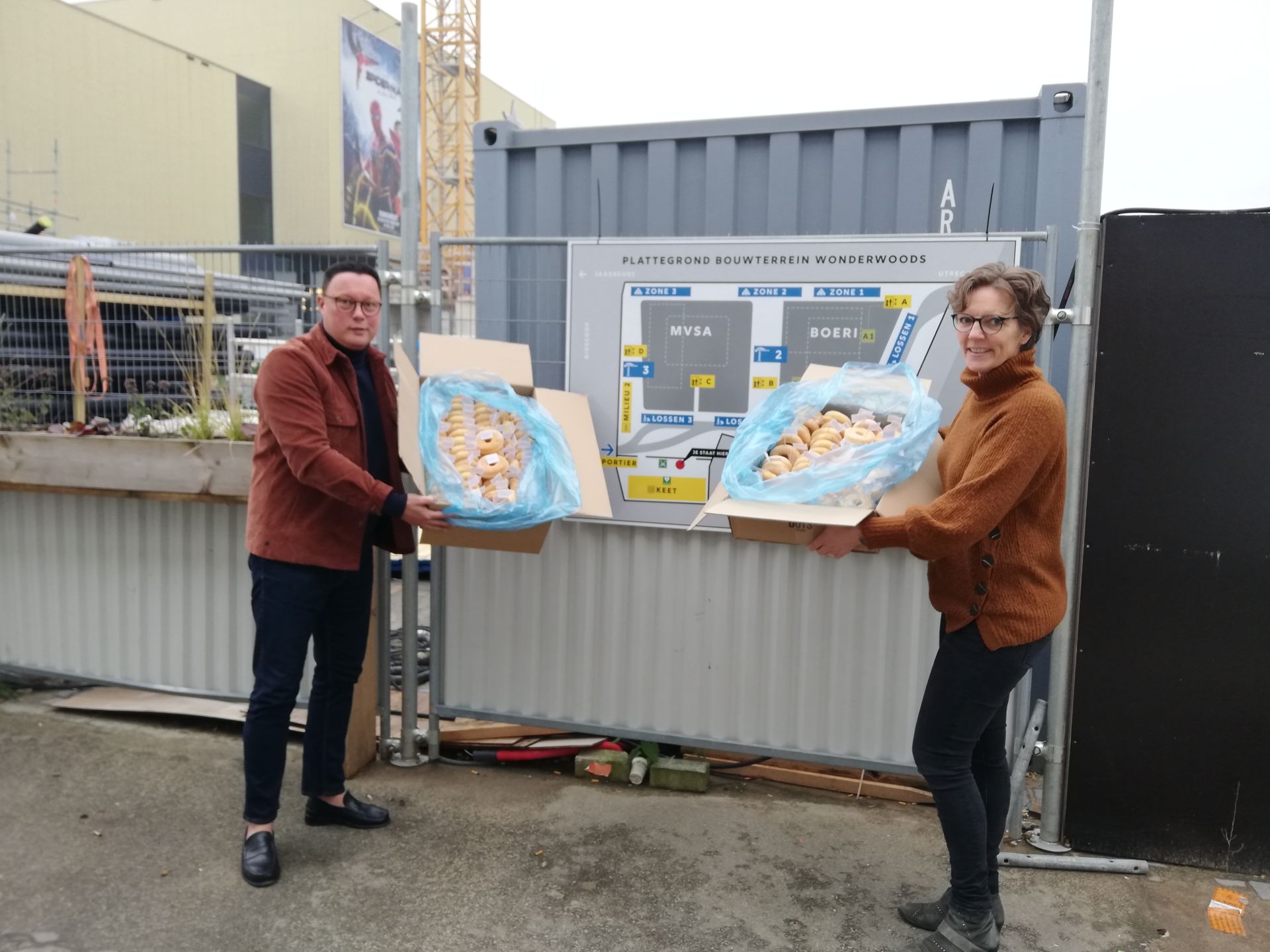 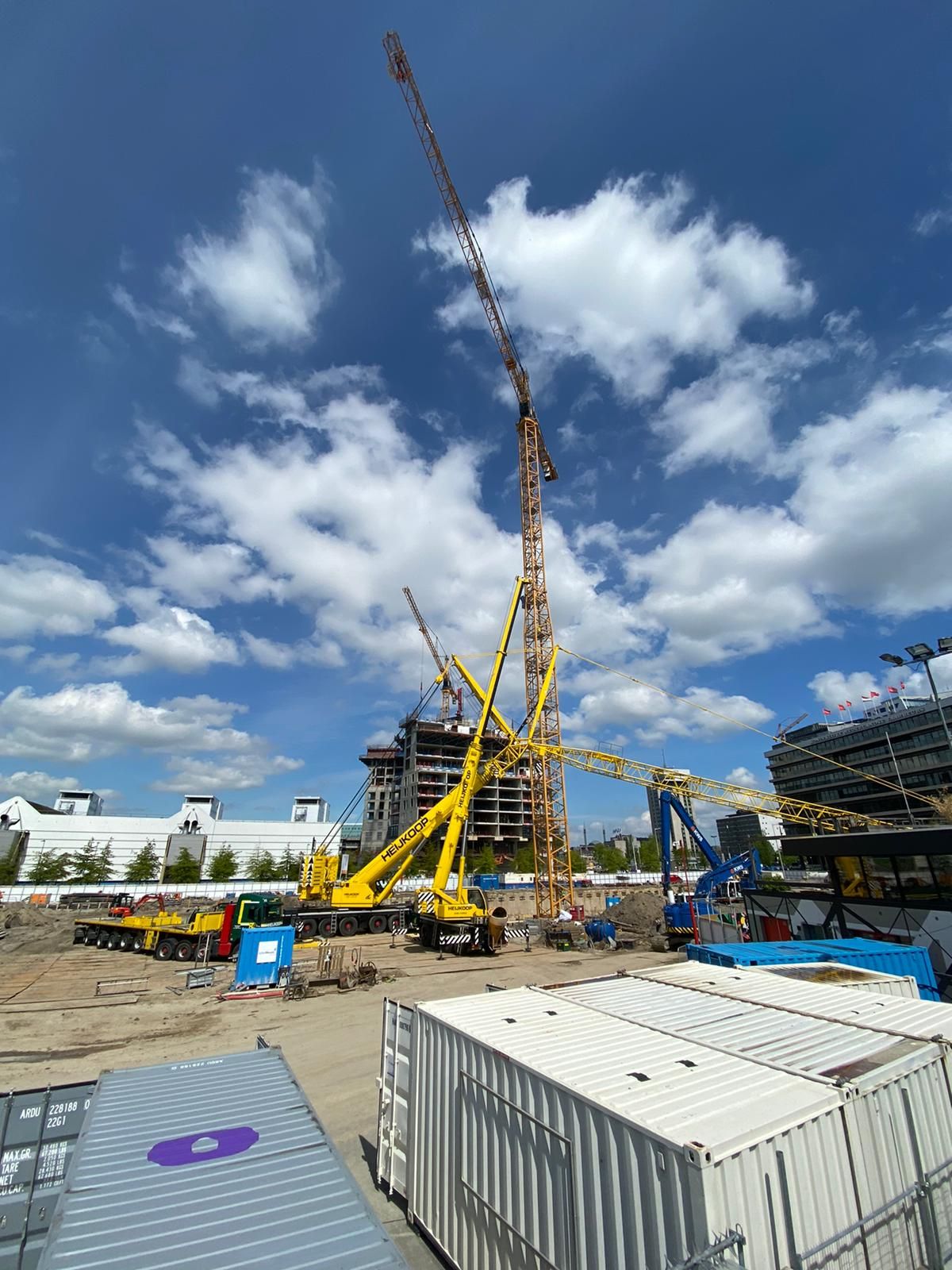 Amersfoort, 29 August 2019 – Koninklijke VolkerWessels N.V. reports - excluding the impact of IFRS 16 - a stable underlying EBITDA of € 93 million, a record high order book of € 9.4 billion and confirms outlook for 2019. All segments contributed to our EBITDA, these results are underpinned by sound operational cash flows.

The above numbers are excluding the impact of IFRS 16.

Jan de Ruiter, Chairman of the Management Board

“Underlying EBITDA – i.e. excluding OpenIJ – was € 93 million, unchanged from H1 2018. Stepping away from the impact of IFRS 16 EBITDA increased from € 61 million to € 85 million in H1 2019. The balance of € 24 million is the result of improved operational performance particularly driven by a lower loss provision for OpenIJ in H1 2019. Our Energy & Telecoms Infrastructure, United Kingdom and Germany businesses showed improved operational performance. Construction & Real Estate Development came in slightly lower due to the absence of significant real estate transactions in the first half of the year. The number of houses sold increased to 1,278 (versus 1,076 in the same period last year). In North America, our results are behind last year which is partly weather related, the effect from lower results from participating interests and lower land sales in the US.

During the last quarter, risks and uncertainties increased in the markets in which we operate. We expect that the recent ruling by the State Council in the Netherlands on nitrogen emissions may have a significant negative impact on the commencement of infrastructure and certain construction projects. Brexit remains unpredictable and weighs more and more on the economic development of the UK while in Germany the discussion in the Berlin council on potentially freezing rent increases is causing investors to become more cautious.
Despite these risks and uncertainties, we see an overall continuous inflow of projects in our order book and as a consequence we are able to take confidence in our outlook for the remainder of the year. Our order book at the end of June was € 9,352 million which is yet again a record high. Worthy of note are some significant orders in North America (where we won four long term maintenance contracts in the provinces of Alberta and British Columbia), the United Kingdom and in our Construction and Real Estate Development segment.

Stepping away from the impact of IFRS 16 on the lease liabilities included in the debt position, the net cash position increased by € 186 million to € 199 million. This is a reflection of our ongoing profitability, a strong focus on traditional working capital and the successful reduction in strategic working capital. Including the IFRS 16 impact on the 30 June 2019 balance sheet, the net debt position is € 37 million at the end of June, a decrease of € 50 million as compared to June 30 2018.

The construction of the sea lock at IJmuiden is progressing well with now approximately 72% complete. The immersion of the second caisson is progressing well. The loss provision for OpenIJ has been increased by € 4 million in the second quarter (bringing the total impact to € 7.5 million in H1 2019), with the total VolkerWessels’ share of the provision increasing to € 114 million.

Our focus continues to be on controlled and profitable growth. In order to achieve this we have started our leadership development programme in the Netherlands, as well as a group-wide digitalisation initiative to introduce new technology into our business processes. We believe that applying new, digital tools – while continuing to focus on better project management will help us to reduce our failure costs. Other important factors in being able to achieve our goals are to ensure top level contract management and a relentless focus on delivery. We are pleased to confirm our expectation that our EBITDA for the full year - excluding the IFRS 16 impact - will increase as compared to the € 251 million we recorded during 2018.” 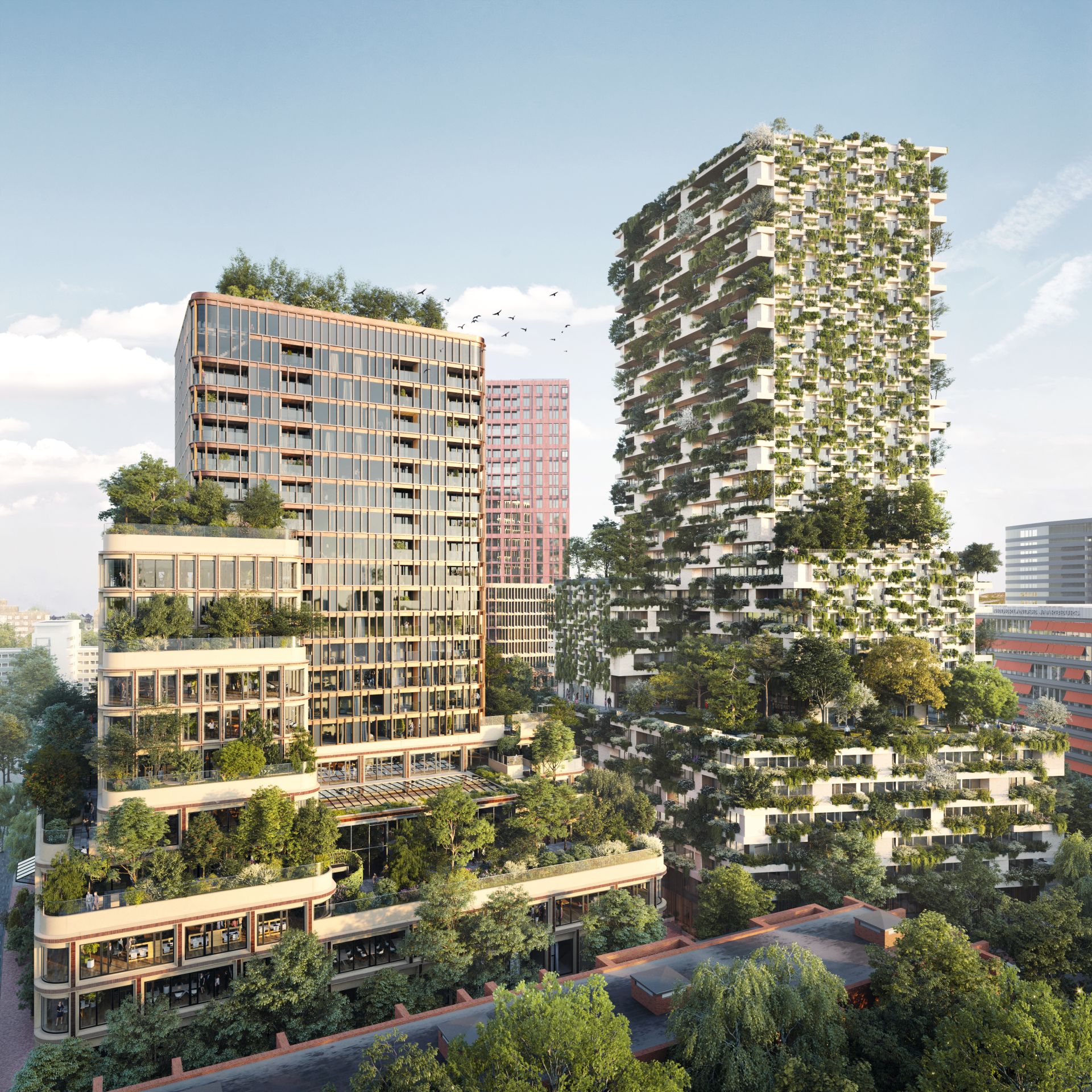 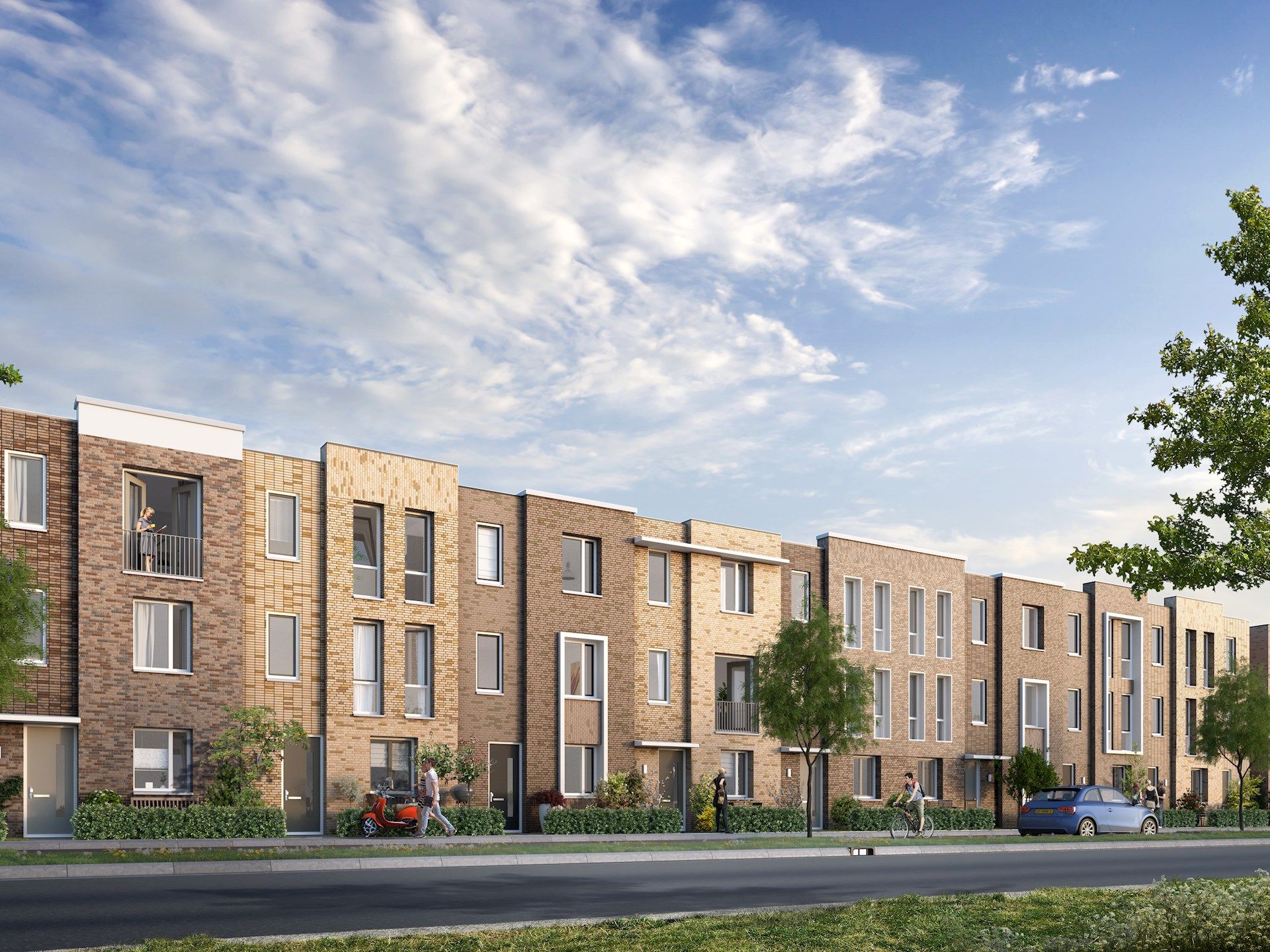 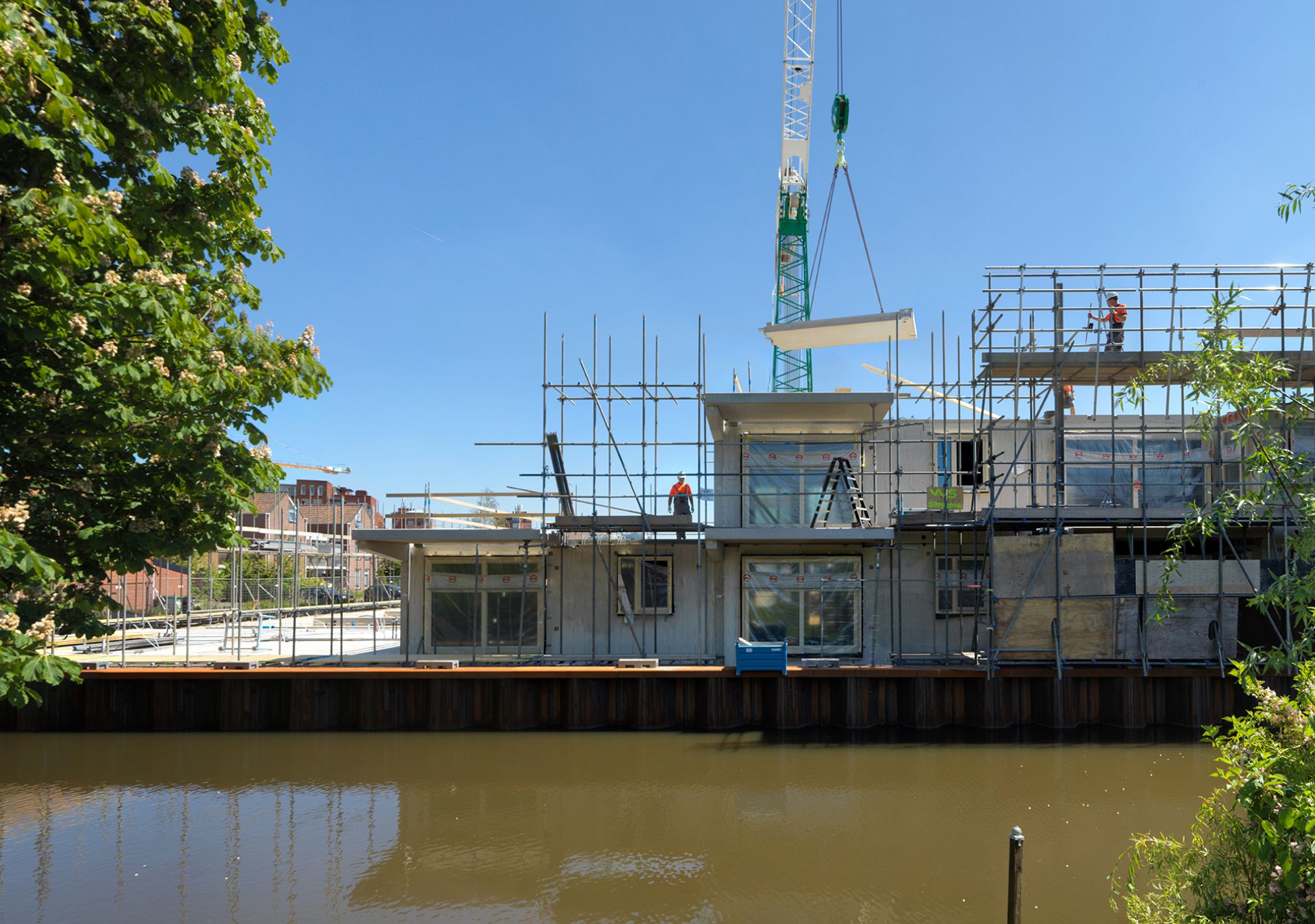 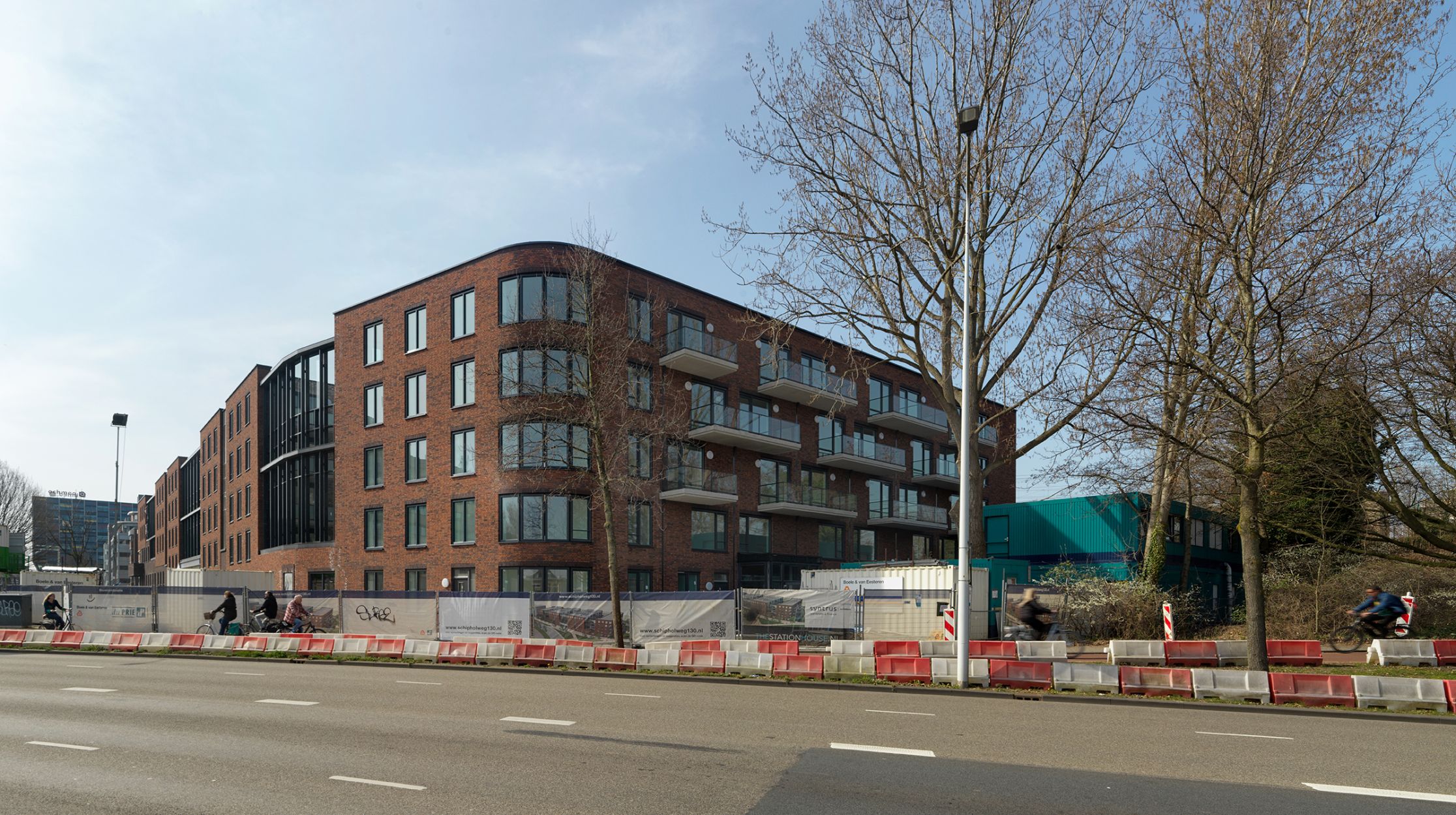 Amersfoort, 16 May 2019 – Koninklijke VolkerWessels N.V. reconfirms its outlook; we expect our 2019 EBITDA to increase and we confirm that we are on track to meet our medium-term objectives.

Jan de Ruiter, Chairman of the Management Board

"We are pleased to report a record high order book at € 9.5 billion, which is an increase of c.€ 600 million as compared to the end of 2018 (c. € 1 billion compared to March 31 2018). The increase relates mainly to the order books of Construction & Real Estate Development (C&RED), Infrastructure NL and North America. Production volumes in the UK and Germany slightly outpaced new order intake in those segments.

On February 27 2019 we announced that our North America segment has won 3 seven year maintenance contracts in the province of Alberta in excess of C$ 300 million with the potential to increase to C$ 450 million. Our current orderbook only recognizes the initial contract period, valued at c. C$ 300 million (c.€ 200 million). In relation with these contracts we will invest significantly in new equipment which will increase the 2019 capex with c. € 35 million.

Our EBITDA in the first quarter was € 19 million. This result includes the impact of IFRS 16 – adopted on January 1 2019 – for an amount of € 16 million as well as an addition to the OpenIJ loss provision of € 4 million.

Revenue increased by almost 12% to € 1,374 million. Half of our revenue growth is attributed to C&RED. The number of new homes sold in Q1 2019 increased to 650 from 389 in the same period in 2018. Strong growth was also witnessed in the UK, Germany and Energy &Telecoms Infrastructure NL whilst Infrastructure NL was flat. North America showed a slight decline when compared to the first quarter of 2018.

The markets in which we operate continue to develop positively. We see increasing demand for our products and services and we expect this trend to continue. The development in the first quarter is in line with the normal seasonality pattern that is a characteristic of our company. Due to the company’s strong seasonality, our Q1 numbers are not indicative of our full year results.

The repositioning of our Infrastructure NL segment is nearly finalised and developing according to plan. We expect to fill the remaining senior management positions (including a new CEO) before year end. Despite the changes in this segment, the order book of Infrastructure NL increased by almost 10% during the quarter.

The construction of the world’s largest sea lock at IJmuiden (the OpenIJ project) is progressing well, the main challenge remaining is the immersion of the second caisson which is expected to be finalised in the second half of 2019. During the first quarter of 2019 we increased the loss provision for the project by € 4 million which brings VolkerWessels’ share of the total provision to € 111 million. OpenIJ finalised the discussion with its banking syndicate regarding the rescheduling of its financing on February 21 2019. OpenIJ resumed drawing from its banking facilities in line with the agreed new schedule with immediate effect. VolkerWessels’ share in the cash outflow of the project in Q1 2019 is € 8 million. At the end of Q1 2019, the project was 68% complete.

We confirm our latest outlook that our current expectations are for our 2019 EBITDA to increase and we confirm that we are on track to meet our medium-term objectives.”

VolkerWessels adopted IFRS 16 with effect from January 1 2019. We have applied the simplified transition approach and have not restated comparative amounts for the year prior to first adoption. As a result of these new accounting standards we expect, based on apreliminary assessment,an increase in EBITDA in 2019 of approximately € 60 - € 65 million. The impact on our net result for 2019 is expected to be very limited. We will recognise right-of-use assets and lease liabilities of approximately € 220 - € 240 million on January 1 2019. The afore-mentioned figures are estimates and the actual impacts of adopting the standard as from January 1 2019 may yet change as the calculations are refined. 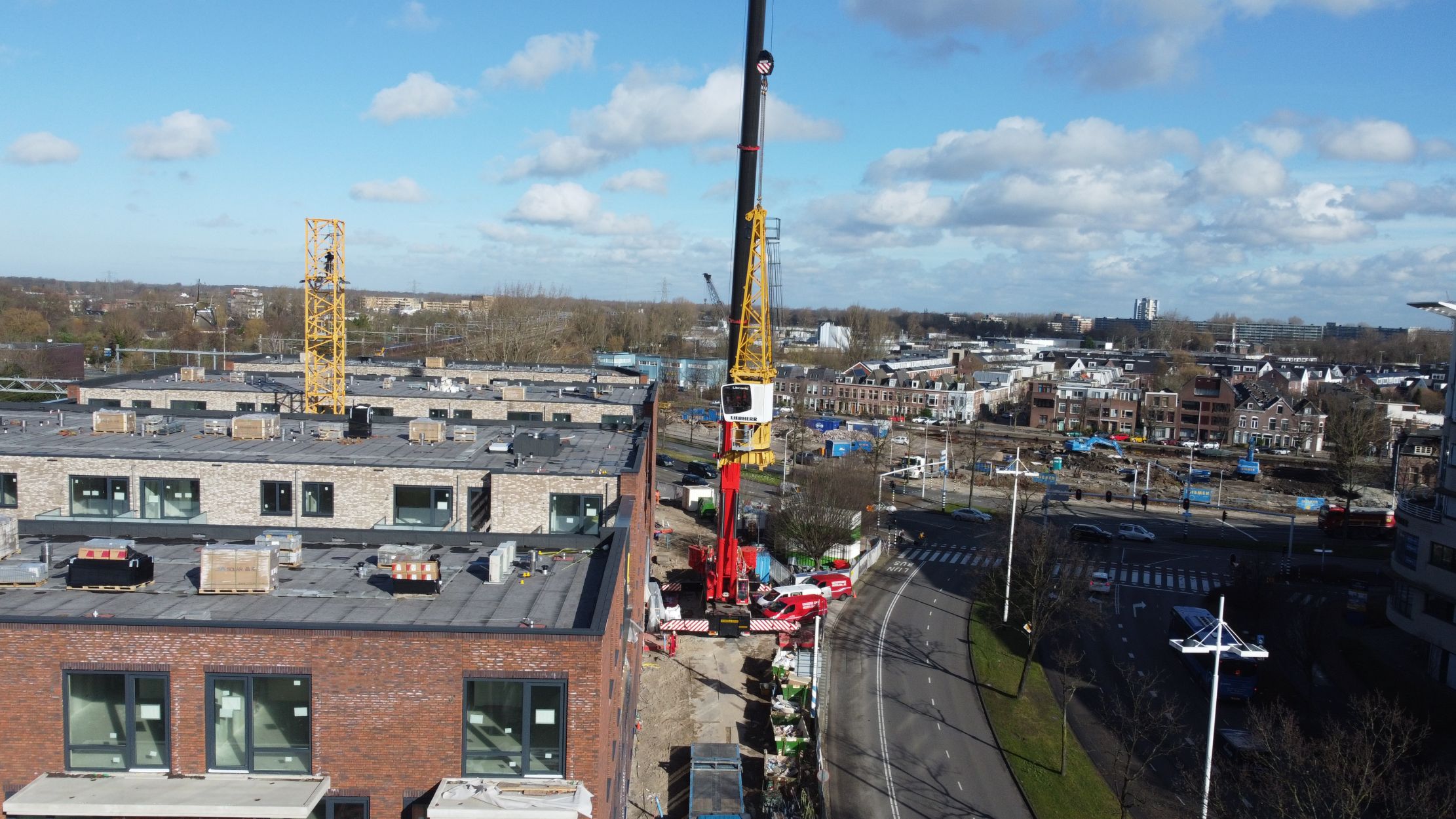 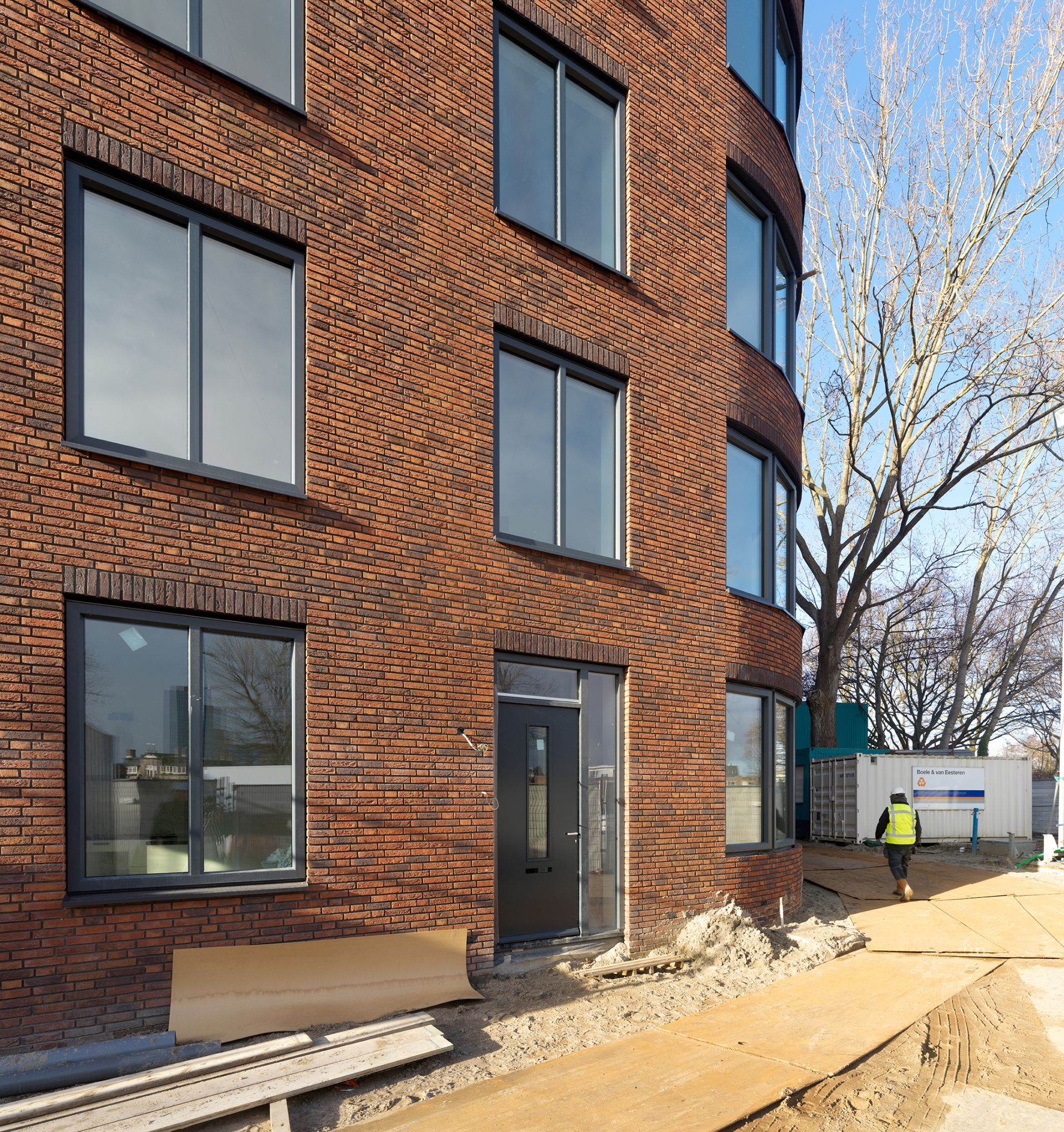 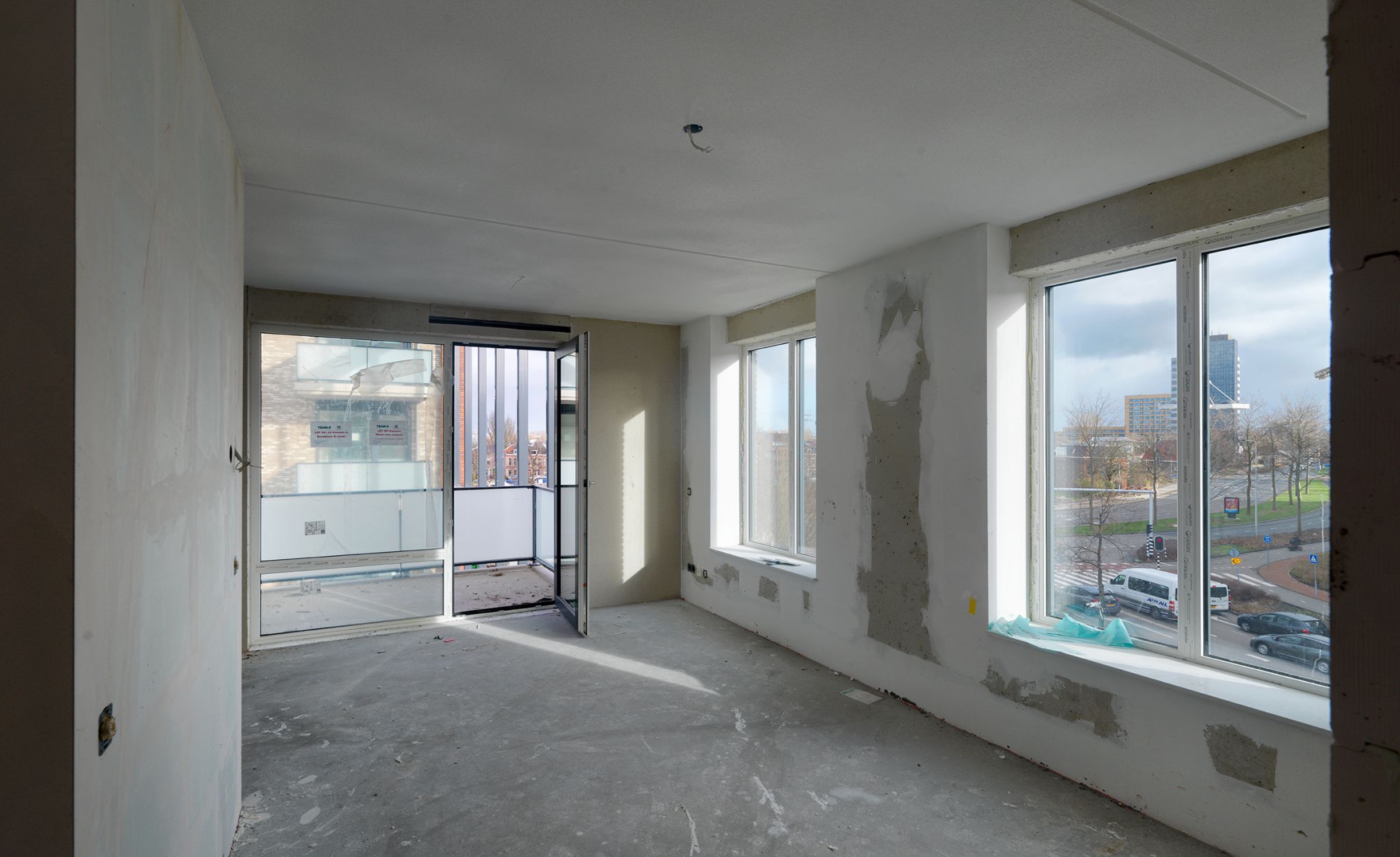 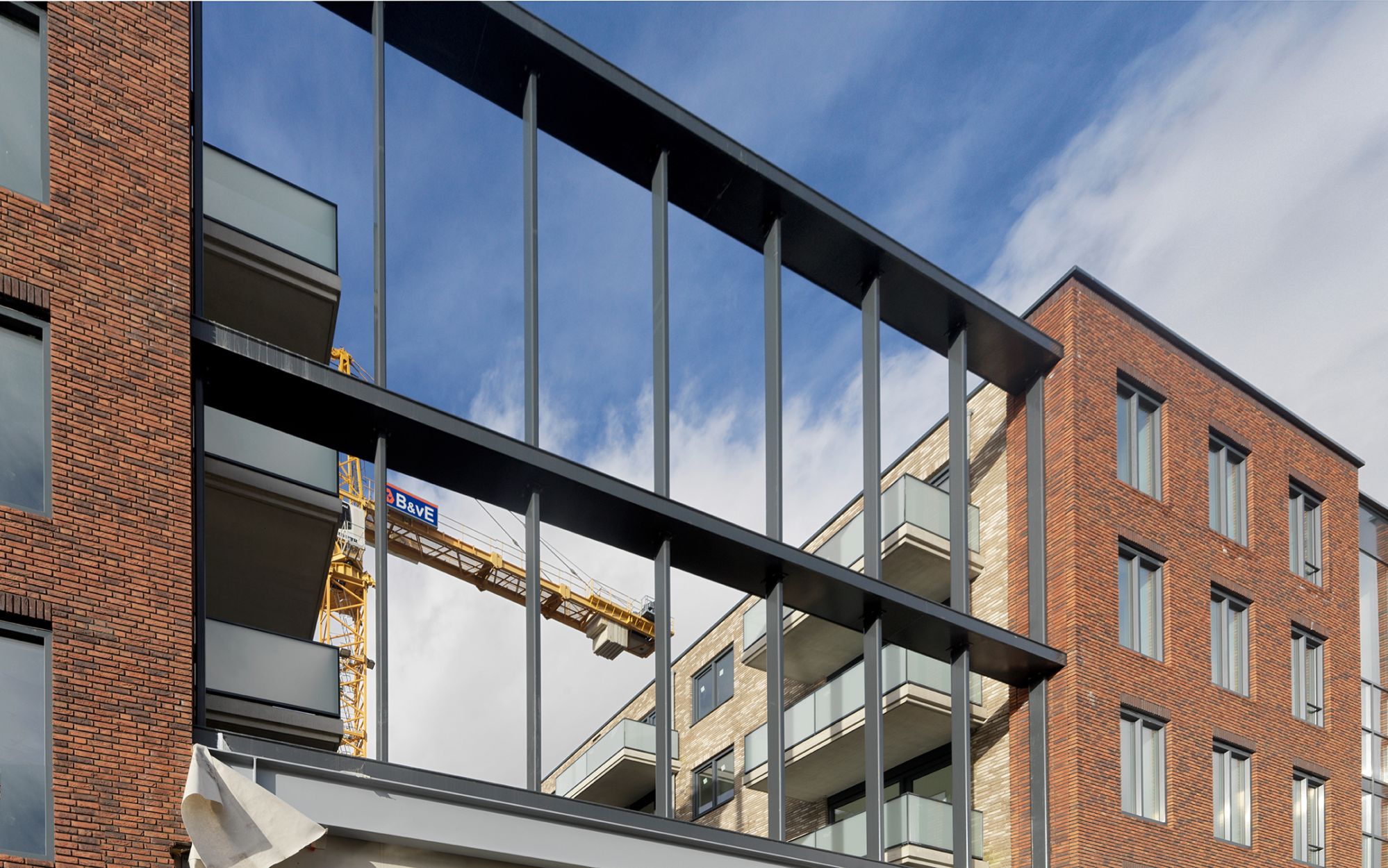